AUGUST 2016: Report on The Recording Session for ‘Never Gonna Know’

Tuesday · August 9, 2016 ·
“Clarence Collins (image to left) will be producing tomorrow’s recording of ‘Never Gonna Know’ at the Studio at The Palms. Donna Lynne and I are looking forward to the duet! Clarence will be directing our efforts at the studio and has hinted that he may also contribute to the song. Having a Rock and Roll Hall of Famer involved in what we do just makes it better!”

Wednesday, August 10, 2016 ·
“Donna Lynne, Clarence and I recorded ‘Never Gonna Know’ today at The Studio At The Palms.” (See images beneath video).

“Rob Katz was our Sound Engineer. We had a lot a fun as you can see in this short video shot by our Associate Producer Corina Bautista. Corina also shot the photographs below. We hope you enjoy the video and photos as much as we enjoyed making the song!” (See video shot by Corina Bautista directly below). 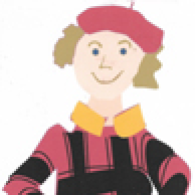